For Bravely Default on the 3DS, a GameFAQs message board topic titled a wifi network with SSID: attwifi and spoof the wlan0 MAC address).
Table of contents

Because it wasn't measuring and making suggestions, it was a scare tactic. I should have screenshotted the notification - I've seen notifications before like what you're talking about, 'X program is causing Y system issue, consider Z. Click here to Scan! I feel like I'm living in a crazytown where nobody sees what's so plainly obvious. Doesn't anyone remember when IBM wasn't able to deliver chips to Apple on the schedule they demanded, and customers were complaining, and they were taking a drubbing in the press for it?

And Apple let their existing product line stagnate for a little while, and then we got the Intel Macs? Well, this time it's Intel and not IBM, except Apple owns their own chip designs and has billion dollars laying around. Some have argued he meant Windows computers, but it doesn't inspire confidence especially since he has stated he uses an iPad pro for most of his work d Clearly Apple's top priorities are making things smaller and lighter.

This is out of step with a lot of "Pro" users' needs. Compare the new Mac Pro to its previous incarnation, and the changes in design priority could not be more obvious. Apple has indeed some great chip designs available. You can run any x86 application on a Mac via VMware or Parallels. Moving away from Intel would kill this. The kernel would run on an ARM processor, along with all the supported software. Any x86 binary would be offloaded to the intel cpu. Sharing RAM and even the remaining hardware would be nearly impossible I guess.

Not sure though. Note that many operating systems today are already multiple architecture.


The operating system has to define system call interfaces for them, have copies of libraries for each architecture, ensure the processor s are in appropriate modes when running the applications, provide inter-process interoperability even when different architectures etc. But the thing is, Apple has no good reason to make a different type of computer, considering computers are not that important, at least to Apple.

Rosetta worked, because the Intel chips were a lot faster than the Power PC processors they replaced, and it ran on single applications, not whole virtual machines. Considering how much Apple wants to optimize power usage for the laptop lines, emulating Intel seems to be counter productive to that. Intel can certainly deliver chips to Apple to make better MacPros. I've got a hackintosh that I built last year which will easily outdo an Apple MacPro. Apple could decide to not be clever and just ship a pretty standard looking desktop computer with the latest chipsets and CPUs, spacious memory expansion and a couple expansion slots for GPUs and crank out a new rev every year and it would keep the people buying the MacPros happy and Apple wouldn't have to invest a ton of money overdesigning the thing -- and Intel would certainly be able to keep up with the demand easily.

But that would buy them continuing to tie professionals down to macOS and then selling them laptops and building hype. I don't think this has anything to do with supply chain and this is entirely self-inflicted damage because they're prioritizing their walled garden strategy above all else. RandomOpinion on Nov 6, If any of the handful of people on the entire planet capable of building an ARM capable of rivaling Intel's current x86 designs were hired by Apple, it would be all over the tech industry news sites instantly.

The only piece missing is creating iOS apps on iOS devices, for which they've already created a language and an app to learn programming, then everything we do and know and learn just to keep our computers running is kind of legacy stuff. I think the Mac will be around for a while, but I strongly suspect that it will be running iOS soon. 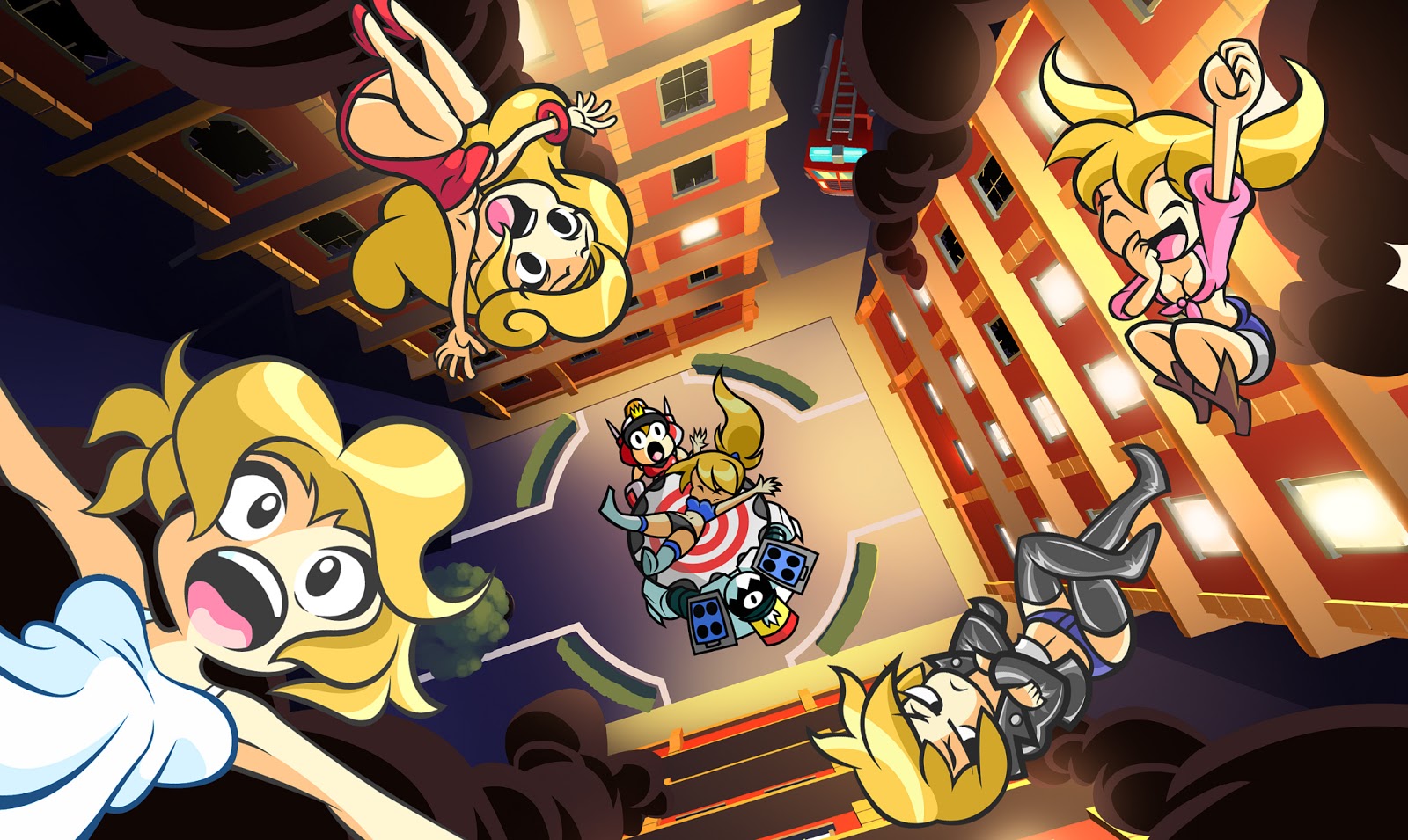 What's wrong with Intel? They release new processors every year. Apple could easily update every mac every year with new processor, they just don't care. Intel releases have become stretched out a bit, and they do no longer renew the whole processor lineup in parallel any more. It took Intel almost a year to finish the transition to Skylake - the late iMac already has Skylake processors, but the models needed for MB Pro only became available not too long ago.

The 32g ram support for laptops seems to depend on the Kaby Lake earliest - while the ultra low power versions have been released, the more powerful versions are going to be released all over Intel's problem is power consumption. Is there any evidence that ARM processors doing the same things Intel processors currently do have better power efficiency? Sure you can. Apple want you to only run macOS guests through ESXi if you're on macOS hardware, but there's literally nothing stopping you from doing otherwise. You'll never even know ESXi is running.

This contrasts with the Hackintosh driver ecosystem, where every time macOS updates you have to figure your compatibility out all over again. Now, the other half of that—the stability of your hardware in running ESXi, etc. Obviously, you can't take your Dell into an Apple Store and expect support. VMWare sort of does support you, though, insofar as it's the free-tier support you can get better if you pay for VSphere , and insofar as whatever problem you're facing is a problem with ESXi—or a problem in your hardware's ESXi compatibility—instead of a problem in how ESXi handles macOS guests.

But, as I said above, the latter is Apple's problem to worry about; such bugs get fixed, to support the people who are virtualizing macOS on Apple hardware. ESXi won't create a macOS guest without hacks. It doesn't have hands to restrain you from typing the commands that will install macOS.

Or you don't. Up to you, really. It's not like either Apple or VMWare is going to stop selling you their products, let alone sue you, for what you do with their software on your own computer. This sounds pretty awesome but I only understand a fraction of what you're talking about. Is there some kind of tutorial for setting this up?

ssllabel-api.wecan-group.com/wuqen-rencontre-femme.php Not that I know of. I mostly pieced the process together from disparate sources. Let me try to give you a brain-dump: First, a point of note: one funny thing is that the VSphere ecosystem assumes, is that the ops people deploying VSphere use Windows. So the tooling around VSphere—even the unofficial community tooling—are Windows programs. The rest of this assumes you have Windows: 1. Add network-card and storage drivers, essentially. The recommended Windows tool is called Rufus.

So: 2. The installation proceeds a lot like an ncurses Linux install e. Ubuntu Server. Once the machine is running, it shows a URL you can reach its web client interface at.

For managing the hypervisor, this is mostly fine. Install that if you like. Again, though, it's Windows-only. It assists you in doing this; it just requires that you have a recovery partition on your Mac. You can then pick one of your connected servers. Sounds interesting.

Does this introduce any latency for the UI? I can't stand using anything besides a terminal in normal VMs like virtualbox. As a software developer, I can't say I really care about the Mac Pro.

It's not to say that I don't care about performance, I have a MacBook Pro bought by my work that's about 5 months old and it's great. But honestly, I run the hell out of this thing and I never really notice a slowdown. Unless I had some sort of big data or scientific computing need, no.

And even then, wouldn't I have a cluster somewhere else for that? Ubuntu is hardly miserable. Chromebooks are pretty much guaranteed to be able to run Linux without worry, and installing Ubuntu on them shouldn't be much of a hassle. I personally run Fedora on an XPS 15 and have had very few issues with it, which is crazy since I'm bleeding edge everything by that count hardware and software. I'm sorry to pop your Apple bubble, but I find Ubuntu much better than macOs. This was interesting until he got to the unsubstantiated maybe he elaborates elsewhere?